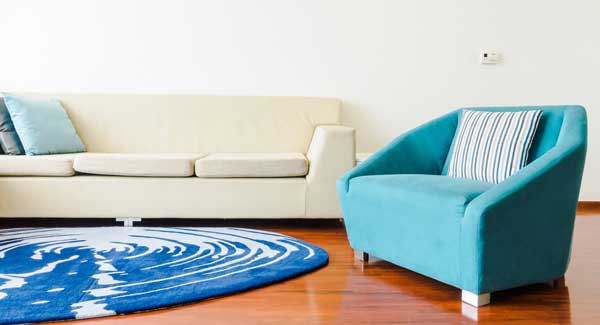 What Does Ikat Mean?

“Ikat” is derived from an Indonesian term, “mengikat.”

“Mengikat” is both a noun and a verb. As a noun, it means thread, cord, or knot, while as a verb, it means to tie or to bind.

Therefore, Ikat is both a style (to depict the verb) and a textile (representing the noun).

As a textile, Ikat is a type of cloth or string from Asia or Indonesia used to make clothing, pillows, and rugs.

As a style, Ikat is a dyeing technique commonly known as “resist dyeing.” The threads used during knotting and weaving are usually dyed beforehand.

The process of creating Ikat rugs is very complicated and time-consuming.

Resist dyeing is the technique used during the creation of Ikat rugs. The pre-dyed threads are tied together with one loom, one different color after creating the rug.

The process is usually repeated over and over again, ending up with the desired blurred rug pattern.

There is a “double Ikat,” where the rug makers dye both the threads and the warp. This ends up creating a hectic (both in color and pattern) rug, which can only be ideal for use in a home with a neutral or soft décor pattern.

Ikat rugs have both traditional and modern because of these reasons.

Firstly, they are made in many countries to have a wide variety of designs and cultural heritage.

Secondly, they are rich in colors and patterns, giving them a wide application and relevance to any home décor or environment.

Most Ikat rugs have geometric patterns and motifs. Very unlikely you shall come across one with floral motifs, especially in traditional ikat rugs.

Rounded lines, old ropes, tunics, and tribal belts are examples of geometric motifs you expect to find in such rugs.